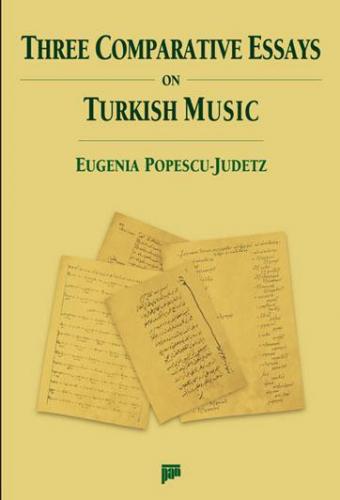 This book scrutinizes three different theoretical aspects of Ottoman sources. The first essay discusses the principles of makam classification proposed by diverse Ottoman writers and compares their ideas within socio-cultural setting. The resulting analogies and polarities are outlined in order to emphasize the essential ideas in the perspective of musical creativity. The second essay explores Dimitrie Cantemir's compositions and establishes the authenticity of the pieces that have circulated in the general repertory of Turkish classical music under his signature. The provenance of the compositions evidences the way written and oral sources crossed borders and combined as to further generate new materials out of a commixture of original and derivative elements. In essence, oral tradition has interacted and interfered in forming Cantemirian repertory adding versions and variants that were transmitted independently and were accepted as authoritative creations by the community of musicians and the public of music lovers. The third essay evokes the personality of Hasan Talat Bey of Bebek, a remarkable patron of musicians and collector of music, who sponsored weekly musical gatherings in his mansion. There gathered frequently the music makers, creators and performers of songs and instrumental pieces. The happening of music gatherings was memorialized in the tablets with written music and decorative embellishments the host used to offer the guests as souvenirs. In addition, the discussion includes the survey of the song collection owned by Hasan Talat with title entries.